Crimes A to Z 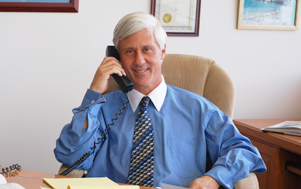 The California Penal Code is as thick as a telephone book. This does not include the Health and Safety Code which covers most controlled substance offenses.  It is possible to violate Federal laws (“United States Code”) for the same crime.

In many cases, immigration consequences have to be considered. (These are Federal laws).

Over 1,000,000 new laws are enacted every year by Federal, State, City. Municipal and County legislatures and local councils.

How many laws do you think are repealed? There are far too many laws!

What happened to the land of the free and the home of the brave?

Since most clients are arrested for California state law violations, the following laws are the most common offenses, listed in alphabetical order.  However, since there are so many laws, we cannot list them all and even when we think we have heard of everything in 24 years of being attorneys, we hear something new.

So if you are serious about hiring an attorney, give us a call to discuss your case.   The laws are complex and subject to interpretation as “case law” by the Courts of Appeal, which we have access to.

This “case law” can be more important than the law itself, since it could even be from the U.S. or California Supreme Court , such as Miranda v. Arizona(1966) where the Court stated the police must read you your rights prior to questioning.

In another US Supreme Court case,  Mapp v. Ohio (1961), Cleveland police, without a warrant, raided Ms. Mapp's home, found obscene material and arrested her. The Supreme Court excluded the illegally obtained evidence, stating that the US Constitutions Fourteenth Amendment's "due process clause," protected her from improper law enforcement procedures even though it was a State court, stating that condemning unreasonable searches would be useless unless the evidence obtained in these searches was excluded.   This is followed by all California Courts.

Call us now if your rights have been violated.  We may be able to get the case dropped because of it.